You'll note that Strait, who produced the record, wrote eight of the 13 tracks !!! It's going to be so good to hear knew Country music from this legend. I had a feeling he couldn't stay retired for too long!

Track 13 is an instant classic that George and Willie performed on stage at Bridgestone Arena Jan 12 in their very first performance together EVER!. Watch em in action below. 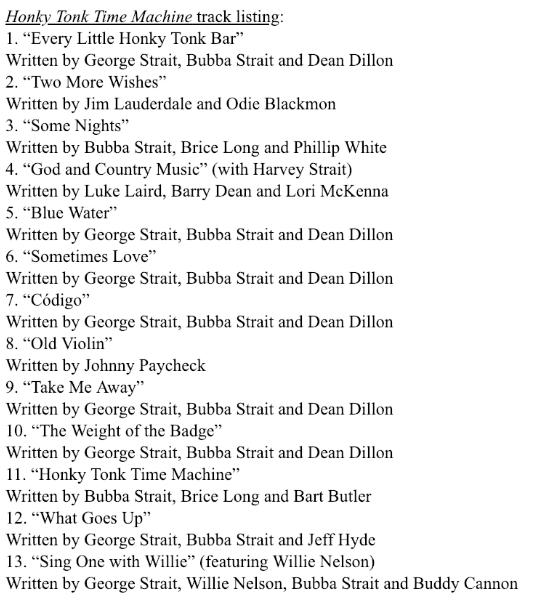